Gopher Removal For Homes And Businesses

Affordable, Same–Day Service (in most cases)

Gophers are 6–10 inches long, varying in color and — for the most part — remain underground in their burrow system. Gophers are rarely seen above ground except when they’re relocating to a new area. These pests like to feed on roots and other vegetation while they are burrowing, and they can start to cause serious problems for your gardens, underground wiring, sprinkler systems, and any other underground resources. Contact High Country Pest Control to help with gopher removal if they have moved onto your property!

Get A Free Estimate 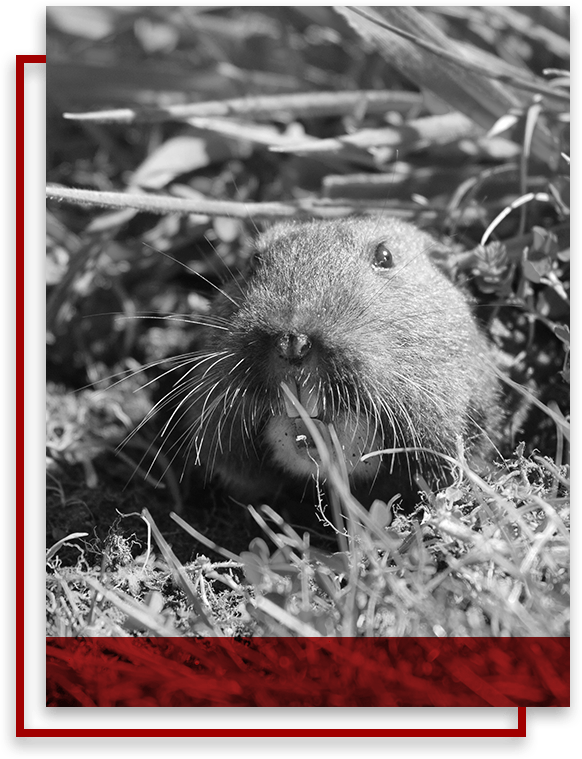 You may detect gophers by their dirt mounds left from burrowing near:

Gophers DO NOT hibernate and are active year round.

Gophers usually live alone within their burrow system, except when females are caring for their young or during breeding season. Gopher populations can be as high as 60 or more per acre. Gophers reach sexual maturity about one year of age and can live up to three years. Gophers can produce up to three litters per year. Litters usually average from five to six young.

Pocket gophers are herbivorous and feed on a wide variety of vegetation but generally prefer plants, shrubs, and trees. Gophers use their sense of smell to locate food. Most commonly, they feed on roots and fleshy portions of plants they encounter while digging. However, they sometimes feed above ground, venturing only a body length or so from their tunnel opening. Gophers also will pull entire plants into their tunnel from below. In snow-covered regions, gophers can feed on bark several feet up a tree by burrowing through the snow.

While gophers can be a trickier pest to detect, their impact on your property makes it important to seek out a pest control service right away.

Pocket gophers often invade yards and gardens, feeding on many garden crops, ornamental plants, vines, shrubs, and trees. A single gopher moving down a garden row can inflict considerable damage in a very short time. Gophers also gnaw and damage plastic water lines and lawn sprinkler systems. Their tunnels can divert and carry off irrigation water, which leads to soil erosion. Mounds on lawns interfere with mowing equipment and ruin the aesthetics of well-kept turfgrass.

A professional treatment with baits, traps, or a combination of the two is the best way to reduce gophers in a given area. High Country Pest Control in Colorado Springs offers a professional pest control treatment for the reduction of gophers. Our technicians are thoroughly trained to address your gopher infestation. Don’t waste time and money on over-the-counter remedies or unprofessional service that will ultimately be ineffective. Call High Country Pest Control for reliable pest control service and a free phone quote today!

Other Pests We Treat at High Country Pest Control: